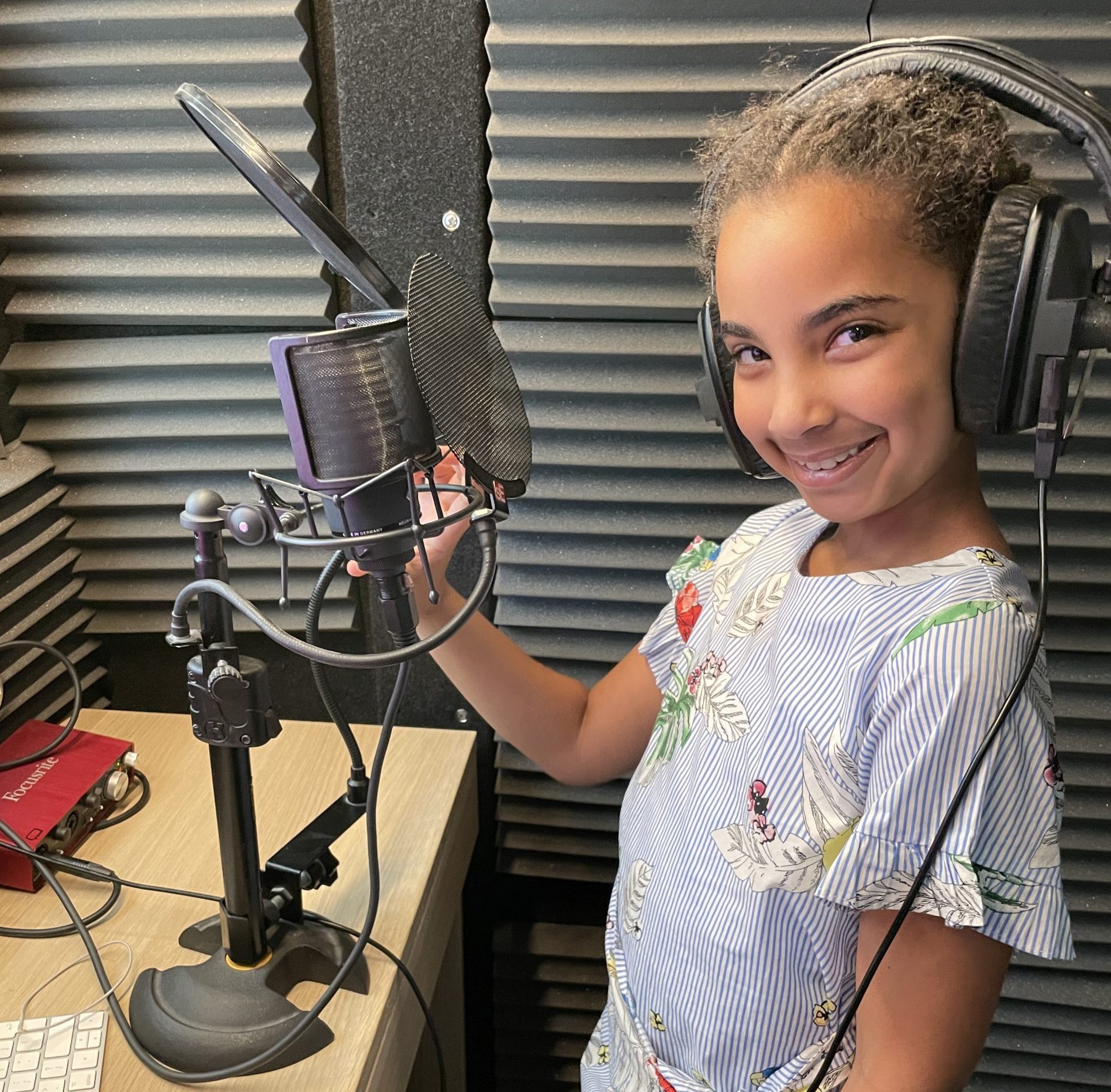 I recently had the honour of hosting in my studio the very talented Kisa. This 9 year old is currently on an exciting trajectory into the world of entertainment and voice overs is just one step on that journey. I’ve known Kisa’s mum for 20 years and when an audition request came in I was only too happy to open the studio door. Apart from my 3 year old ‘agent’ Kisa is the only other youngster I’ve had in studio and it was a quick learning curve!

1 – Give yourself lots of time

Young people get distracted very easily and when they suddenly have their own studio there’s a lot for them to look at and play with. Dials, switches, lights and loads of squidgy padded walls they can throw themselves into. Give them a few minutes to understand this new environment and take note of all your settings as they may get ’tweaked’ when you’re not looking. Explaining what each part of the studio does could be an idea with older kids but less is more so I just focused on the microphone and the script.

Once they’re in their zone record sections in short bursts. I recorded five lines at a time and repeated this three times before having a break and actually opening the studio doors so she could come out and lose some of the excited energy. This gave me a chance to edit the content and work with mum on further direction for the next burst. Kids get hungry and thirsty quickly so having snacks and drinks on hands was really useful.

I’d never thought about this before, but when you’re 8 it’s quite hard to keep your mouth in front of a microphone, your eyes on a script and take direction from a voice outside the studio. My studio configuration means I can run headphones to my desk outside the studio while controlling the in-studio Mac from my office Mac, while keeping eye contact with Kisa through the window. This last bit was really crucial – having eye contact along the same line as the script meant Kisa kept her mic-position and didn’t move off-mic which is what happened at the start of the session.

Would I do it again?

Absolutely and especially with Kisa as she was brilliant at taking direction and absolutely loved the experience.

A conversational, fresh and natural sounding British male voice over artist with over 15 years experience in the voice over industry.